Jewish Women and the Holocaust

A guide to compliment “Different Horrors, Same Hell: Jewish women and the Holocaust” a talk given by Dr. Myrna Goldenberg. 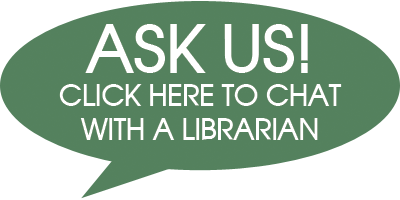 Follow us to find out what's happening at your Library!

Jewish Women and the Holocaust

This guide was designed to compliment the talk “Different Horrors, Same Hell: Jewish women and the Holocaust” by Dr. Myrna Goldenberg on October 11th, 2022 through NAHAP at NWACC.

As a subject, women and the Holocaust is a rich source of information about the experiences of Jews in Europe from 1933 and 1945, the span of the Nazi regime. However, in the decades following World War II, there was little information specifically about women. The particularities about their lives and deaths was nearly unknown until the early 1980s when feminist historians of German history, some of whom were children of Holocaust survivors, delved into that history. Their interest may have begun from curiosity about their personal history, but it sparked a rich subtopic that expanded into the study of literature, sociology, the arts, psychology, philosophy and, of course, the history of that period. Since then, scholars have been exploring the similarities and differences in the experiences of both men and women, some of which were based on gender-based socialization of the early twentieth century and some of which were the function of biology. Dr. Myrna Goldenberg, Professor Emeritus at Montgomery College (in Maryland), will discuss some of those findings and their significance, specifically in the context of genocide.
Goldenberg, PhD, has published seminal articles on women and the Holocaust and co-edited, with Amy Shapiro, Different Horrors, Same Hell: Gender and the Holocaust; with Elizabeth Baer, Experience and Expression: Women, the Nazis, and the Holocaust; and, with Rochelle L. Millen, Testimony, Tensions, and Tikkun: Teaching the Holocaust in Colleges and Universities as well as numerous articles on American Jewish women’s literature and history. Her prize-wining book, Before All Memory is Lost, is composed of short memoirs of east European women who survived and emigrated to Canada.  She is considering organizing her many articles into a Holocaust reader focused on the lives of Jewish women.