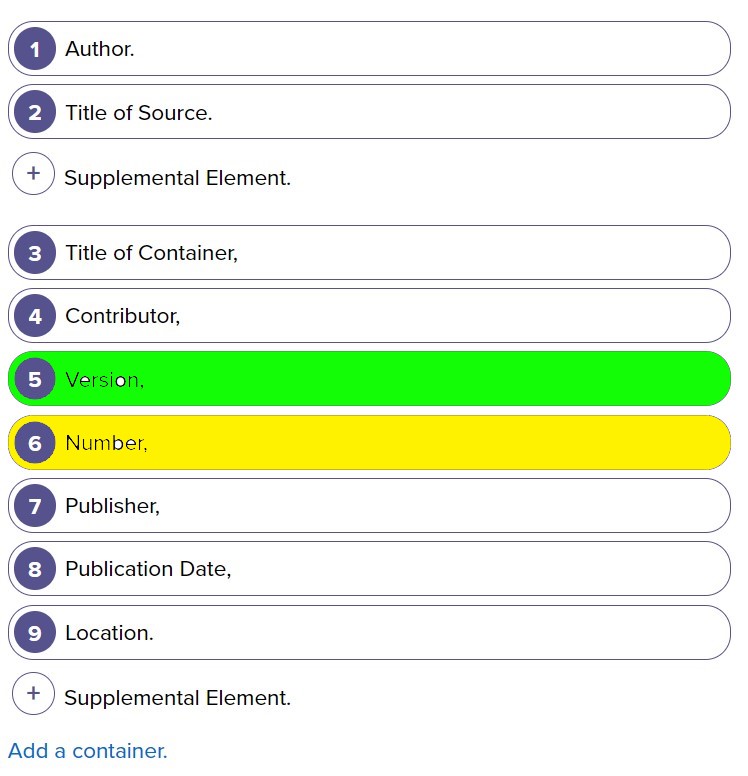 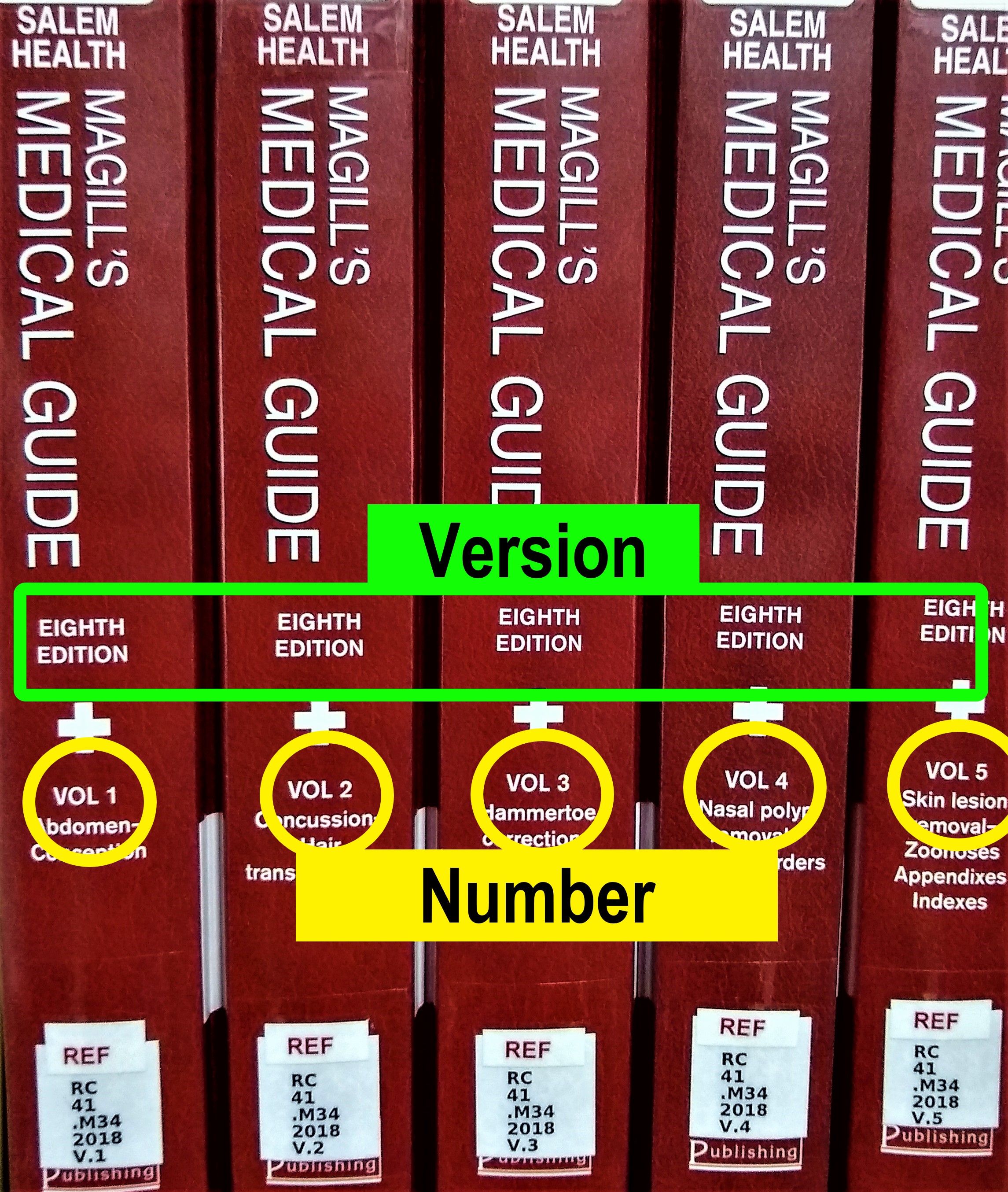 A Version shows somethings position in a series. They are often numbers such as second (2nd), third (3rd), or fourth (4th). This type of number is called an ordinal. Sometimes the version not a number, but a word, such as Revised Edition or Extended Edition.

A source might have the following kind of number. Some sources have more than one number.

Media in a Series

Streaming shows, podcasts, television shows, and other audiovisual media in a series

What is the difference between a volume and an issue?

Volumes show the source's place in a series. They are comparable to the season of a streaming show.

Issues are the same as episodes. Both issues and episodes give the sequence of a particular instance within the larger whole.

Where to Find It

How to Style It

In both the Version and the Number element, write all numbers in standard format, such as 5, 29, 137.

If a source uses roman numerals or spells out the number, you should still write it in standard format in your entry.

Numbers may be preceded by words or abbreviations that explain them. Examples include:

These examples show where the Version and Number fits inside the bigger works cited entry: