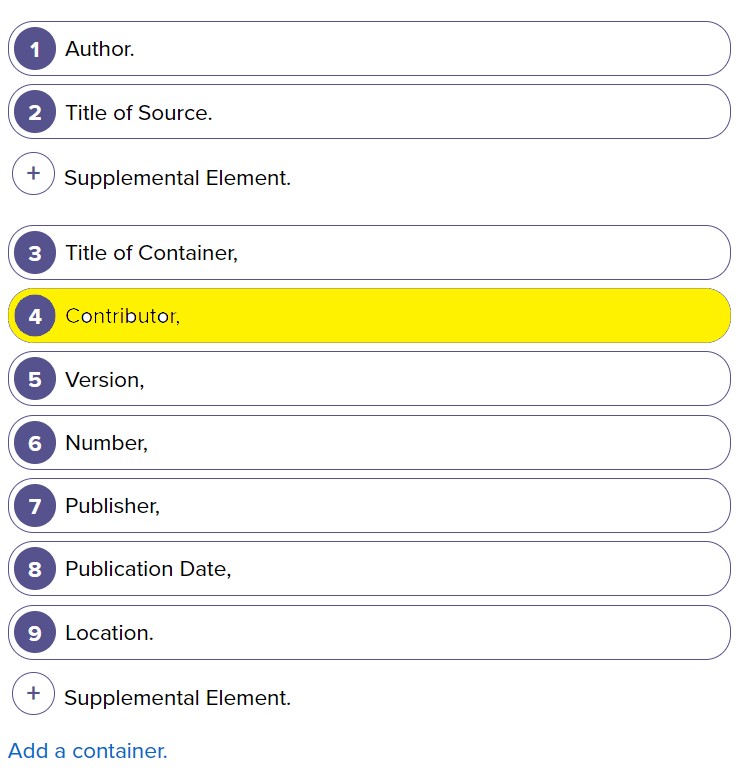 Some sources have contributors who are not authors or creators. Sometimes there is an author / creator and a contributor. Other times, there may be no named author, but a contributor instead.

Key contributors need to be acknowledged in the works cited entry. Examples:

Other kinds of contributors can be acknowledged if their contribution directly ties in to your use of the source. Examples:

Where to Find It

Contributors in key roles, such as editor or translator, are prominently listed on sources. Other contributors will be listed somewhere on the source, such as in the credits.

How to Style It

These examples show where the Contributor element fits within the bigger works cited entry.