Fake News vs. Real News: The Danger of the Word "Fake"

As a linguist, University of California, Berkeley professor George Lakoff is one of the few people in the world who can truthfully say things like "I've studied the word 'fake' in some detail."

Because of that expertise, he finds the term fake news uniquely troubling. He explained to NPR exactly what is so destabilizing about calling news "fake."

To illustrate, he used the word "gun." Putting the adjective "black" in front of it doesn't negate that it's a gun. It just specifies a kind of gun. That black gun still has the same primary function of any other gun — that is, it can shoot something.

But the word fake is entirely different, Lakoff said in an email to NPR:

"A fake does not have the primary function, but is intended to deceive you into thinking that it does have that function, and hence to serve the secondary function. A fake gun won't shoot, but if you are deceived into thinking it is real, it can intimidate you."

News' primary function is to not be fake; it's to pass along factual information that serves the public good, and the people who create it intend it to be factual and to serve the public good. By Lakoff's logic, putting most modifiers in front of the word news — good, bad, unbiased, biased, liberal, conservative — still implies that the news is still somehow news. It is in some way tied to that main purpose, of being tethered to reality, with the intention of informing the public.

When Trump calls news fake, then, that word implies that the news isn't serving its basic purposes: It means that the story is intended to serve something other than the public good, and that the author intended to falsify the story.

In other words, calling something fake news implies that it isn't news at all. And using that phrase in the way that Trump uses it, said Lakoff, is dangerous:

"It is done to serve interests at odds with the public good. It also undermines the credibility of real news sources, that is, the press. Therefore it makes it harder for the press to serve the public good by revealing truths. And it threatens democracy, which requires that the press function to reveal real truths."

It may seem like a lot of fuss over one little phrase, but to Lakoff, it's an important fuss.

"Calling real news fake is an attempt to hide the truth and undermine the function of the truth in a democracy," he said. 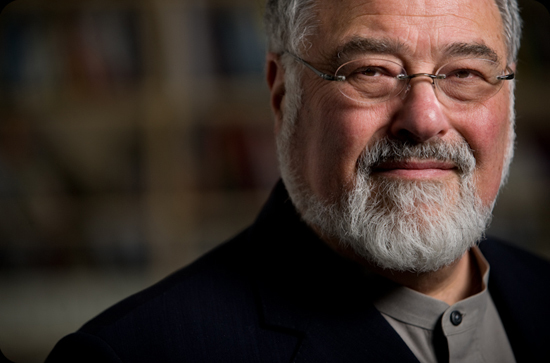